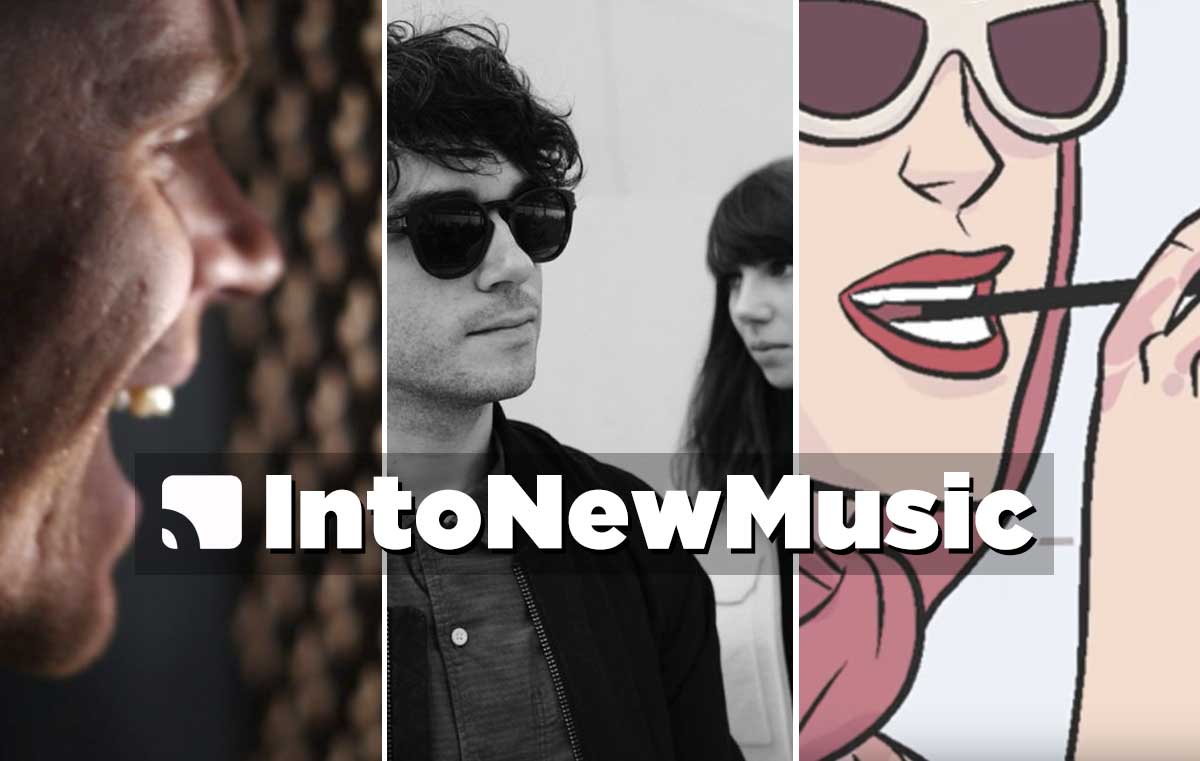 Well, having already brought you some great new music in July, Into Music thought that was that and we were done for the month. But no, not just pulling up the rear but actually kicking the door down, we’ve found some more belters to feast on going into August!

A few weeks back, Fat Cops released their first new music since their debut album in the shape of comeback single Plan Of Attack which we reviewed here. With the promise of new tracks to come, suffice to say, Into Music had high expectations (Ed – quit the corny jokes and focus on the music).

The band have recruited rapper extraordinaire, Loki, who sprinkles his own magic on the track which is also produced by Teenage Fanclub’s Norman Blake.

The song has a tranquil backbeat, keyboard led and is so comfortable in its own skin it’s almost horizontal. But don’t be deceived with the laid-back vibe, underneath you’ll find lyrics talking about secrets, sinners, sleaze and desires delivered effortlessly by singer Chris Deerin.

Part way through, Loki grabs the track by the throat revving up and rapping a tale of a close encounter in a coffee shop which is simply inspired and hilarious.

The groovy groovesters have once again delivered in their own indomitable way. High Expectations is released on the Last Night From Glasgow label on 30th July 2021. Keep up to date with the Fat Cops via their website here.

I have to say this is not a band I was aware of, despite having cracked out 8 albums in less than 10 years. A Manchester two-piece, comprising members Nicholas Wood and Kat Day, their new release, World On Fire has certainly been blazing a hot trail across the airways and other audio outputs since its release on 21st July.

Coming in at just under 3 minutes the song packs plenty of jangling guitars, compulsive hooks, dreamy vocals, touches of electronica with hints of reverb and psychedelic pop.

On first listen I instantly thought of the Weather Prophets I Almost Prayed, a song that was never off my turntable in 1986 and World On Fire has had a similar effect, being played on repeat, finding small nuances and gems on every play.

The track is out now on Geoff Barrow’s (of Portishead) label Invada Records. Check out all things KVB via their website here.

Graham Coxon needs no introduction as a founding member and lead guitarist in Blur. Aside from that Coxon has also released numerous solo albums, collaborated with other bands, as well as being a renowned visual artist and designer too.

For his latest venture, Coxon is releasing a graphic novel called Superstate. Working with 15 other artists, the book will contain 15 graphic stories, each one accompanied by an individual track. The book will relay tales of a dystopian world where angels and villains promise paradise, poverty is normalized and the masses follow a drugged out, government led programme before they shuffle off this mortal coil plus much more.

First off is Yoga Town (released 15th July) which features Italian born singer-songwriter Valentina Pappalardo who has previously worked with the likes of Hot Chip and Kano. Coxon’s indie and Pappalardo’s electronica influences crossover and combine intuitively on this futuristic synth-pop earworm which swirls, twists, dives and reaches upwards despite the stark, despondent lyrics.

The graphic novel and accompanying soundtrack will be released on 27th August and can be pre-ordered now from z2 Comics via their website here.